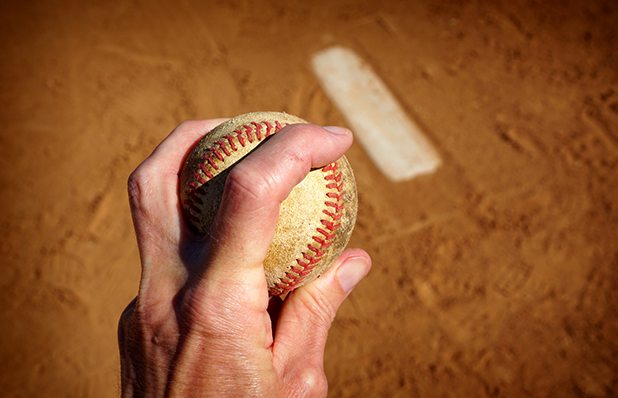 Life has a way of throwing all of us a curve ball from time to time. A curve ball is some unexpected problem or twist in life that comes out of nowhere and typically throws us off our game and leaves us baffled as to how to handle it. For example, your boss calls you into his office and rather than give you that promotion you deserve, you suddenly find yourself without a job. Or you go to the doctor for a routine checkup but he tells you that your blood work reveals you have cancer and need to start treatment immediately. Or you give birth to a long-awaited child but when the nurse hands them to you for the first time you notice there is something obviously wrong with them. Or you think you are happily married when your spouse sits you down and tells you they’ve had an affair or they want to get a divorce. Or your teenager who has gone to church their entire life and seems to be walking with the Lord confesses they are doing drugs or they are pregnant or they are gay. These are all curve balls that you typically don’t see coming.

No one faced a nastier curve ball than Job. One morning this godly man rose early to worship the Lord and intercede for the spiritual well-being of his ten children just like he did every morning. But by the end of the day, all of his children were dead, all his flocks were stolen by raiders, all his possessions were destroyed by fire, and his entire body was covered with painful boils.

Job lost more in a day than most of us will lose in a lifetime. The only thing he didn’t lose was his wife, and based on the counsel she gave him to just curse God and die, he probably wished he had lost her too! But instead of cursing God, Job chose to bless God for all the bad things that happened to him. His initial response to his unspeakable tragedy was “Naked I came from my mother’s womb, and naked I shall return there. The Lord gave and the Lord has taken away. Blessed be the name of the Lord” (Job. 1:21). He later exhorted his wife, “Shall we indeed accept good from God and not accept adversity” (Job 2:10).

Job’s friends, while well-intentioned, weren’t much help to him either. Their compassion and comfort were short-lived, and after sitting in silence with him for seven days, they began to counsel Job about the cause of his suffering which put him on the defensive. For 35 chapters they debated the question, “Why do people suffer?” Finally, God had enough of their ignorant discussion and He arrived in a whirlwind and interrupted Job and his friends. He never addressed the reason for Job’s suffering. He simply redirected the conversation to Job’s response to suffering.

Through a series of rhetorical questions and powerful descriptions of God’s sovereignty in creating the world, God essentially asked Job, “Who do you think you are to question me or try to understand my grand design in your suffering?” Job immediately humbled himself and repented. Through it all, Job learned a valuable lesson about suffering that every one of us needs to learn. When faced with trials, rather than focusing on the reason for the trial, we need to focus on our response to the trial. Instead of trying to figure out why we are suffering, we need to learn to trust God that He is sovereignly, wisely, and lovingly working out all the circumstances of our lives for His glory and for our good.

All people-believers as well as unbelievers-experience anxiety, frustration, heartache and disappointment. Some suffer intense physical pain and catastrophic tragedies. But that which should distinguish the suffering of believers from unbelievers is the confidence that our suffering is under the control of an all-powerful and all-loving God; our suffering has meaning and purpose in God’s eternal plan…He always has a purpose for the grief He brings or allows to come into our lives. Most often we do not know what that purpose is, but it enough to know that His infinite wisdom and perfect love have determined that the particular sorrow is best for us. God never wastes pain. He always uses it to accomplish His purpose. And His purpose is for His glory and our good. Therefore, we can trust Him when our hearts are aching or our bodies are racked with pain.

God’s purpose and plan for our lives are frequently beyond our ability to understand.  Little did Job know that behind the scenes God was teaching Satan a much-needed lesson; that when a true believer faces trials they respond with persevering faith. The real question regarding Job is not “why did Job suffer” but “why did Job worship God.”

Satan questioned the genuineness of Job’s relationship with God. He assumed the only reason why Job worshipped God was because God had blessed Him so much. So in order to prove the genuineness of Job’s faith in Him, God gave Satan permission to do whatever he wanted to Job, except kill him. But even after Satan let all hell break loose, destroying every aspect of Job’s life, Job continued to worship God. He understood that adversity was a normal, natural part of life. He said, “Man is born for adversity; as sparks fly upward” (Job 5:7). He understood life is “short-lived and full of turmoil” (Job 14:1). But in spite of the adversity he faced, he expressed his unconditional commitment to God with these words, “Though He slay me, I will hope in Him” (Job 13:15).

The bottom line of the story of Job is this: the way Job responded to trials in his life proved to Satan the genuineness of his relationship with God. This same principle applies to you and me. How we handle the curve balls of life is one of the greatest tests of the authenticity and sincerity of our relationship with God. To study further about how to respond to trials, read James 1:1-12.

The Purposes of the Proverbs